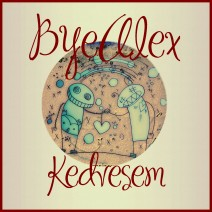 ByeAlex won the final of A dal 2013 in Hungary. With Kedvesem (Dear or Sweatheart) he will represent Hungary in Malmö.
ByeAlex (Alex Márta or Márta Alex in Hungary) wrote the song himself.

The version used in the Hungarian selection is the Zoohacker remix.
The official video of the original version is here at CLS youtube
You can find the lyrics here at Zeneszöveg.
Zoohacker is Zoltán Palásti Kovács, DJ and founder of the Zoohacker Remake Orchestra.

Another remix out now is the Lotfi Begi's Deep in The Forrest mix, made by Benham Lotfi of Compact Disco.
A version of Kedvesem (Zoohacker remix) with a refrain in Swedish has also been released.
Zenewebshop.hu have updated their Kedvesem digital release with the latest versions, It will be released on iTunes too.
The English version is titled One 4 Me and the lyrics are written by Johnny K. Palmer. It can be heard here.
The first English version has the original (acoustic) arrangement. Zoohacker and the Lofti remix will follow.
You can listen to a taster of the remix here at Lotfi's Soundscloud.
The version with Swedish refrain can be listened here. and downloaded here.

Please note that the 1-track cdsingle with the Lotfi remix offered through Amazon and e-Bay is a cd-r made by request. Source is undisclosed, better burn one yourself and save some money.

Blink and you'll miss it
There is a minor difference in the Zoohacker remix that was released first at CLS and the one that ended up on the official Malmö CD. It's just a difference in the guitar strum at 0:05 and 1:23.
To find a difference this miniscule, you got to have a perfect hearing like Lior, thanks and very well spotted!

Szörpoholista, the album
December 2013: ByeAlex finally released an album, Szörpoholista.
Both the CD and digital versions include three versions of Kedvesem. see full tracklist below.
(Universal music Hungary). The CD is out in Hungary, the digital release is available through all main digital stores.
Special thanks to Jean-François. 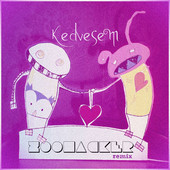 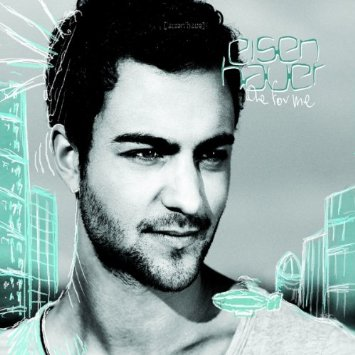 Coverversions.
2014: A coverversion by Eisenhauer was released in Germany. It's sung in English and is titled One For Me. The track is released as a cdsingle with four versions.
One For Me - single version
One For Me - Thomas Lizzara mix
One For Me - "One Love" remix
One For Me - Karaoke
Out on Rhingtön (Universal Music), also your usual digital releases.
Watch the video here at Vimeo
Thanks to Ivor Lyttle.

For a coverversion by Swedish Eurovision singer Jan Johansen (ESC 1995)  recorded for his wife go to this Eurocovers post.
2014: An official coverversion in Swedis is titled Blundar Nu and it's recorded by Mona Ersare.
Listen here (youtube), ou soon. 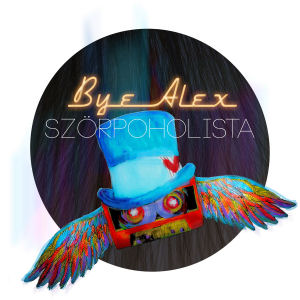 A Dal 2013
MTV (Hungarian television) uploaded all songs from the Hungarian selection A Dal 2013 here.
You'll have to click each individiual video to listen to the songs, 30 in all.
Hungary's selection had 6 rounds with the final on March 2. 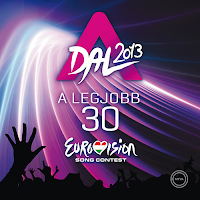 A Dal 2013 CD
All 30 songs are released on a double CD.
The songs will appear in order of performance.
(MTVA). Release date is Februari 14.
More info (in Hungarian) at Bookline

A digital collection of 12 songs has been released by Sony: Eurovíziós Dalfesztivál 2013 - A Sony Music Jelöltjei. The collection also includes a few songs that didn't make it to the final 30.
Check it out at Amazon.