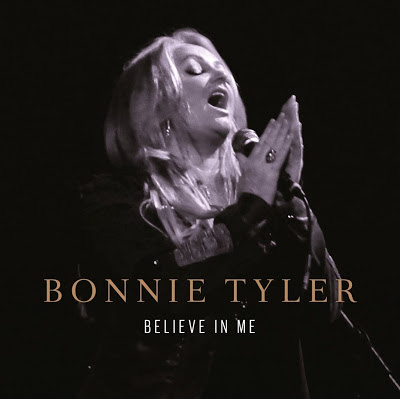 19 - 23 pts / not in semi
The United Kingdom is represented in Malmö at the 58th Eurovision Song Contest by Bonnie Tyler.
The song is Believe In Me, written by Desmond Child, Lauren Christy and Christopher Braide 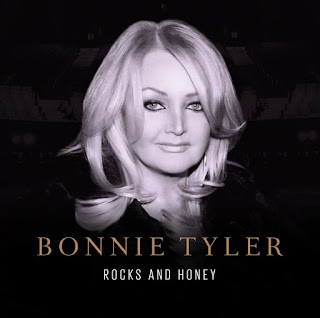 Believe In Me can be found on Bonnie's new album Rocks and Honey which is already out in Germany (ZYX music ZYX 21010-2).
U.K. release date is planned for May 6.

Believe In Me (Eurovision edit) is released in the U.K. and Ireland on March 14, for now digital only through iTunes and the lot.
The Eurovision edit is the same as the radio edit.
Thanks to anonymous e-mailer.

The Eurovision edit has also been issued on a 1-track promo cds in the U.K..

Remixes
Remixes by Blutonium Boy and Matty Menk are made. You can listen here at the BBC or here at Blupile.
An digital release on iTunes  you includes two versions.

Earlier this year Blu Boy (short for Blutonium boy) released remixes of Bonnie's hit Holding Out For A Hero. (check these out at Juno) 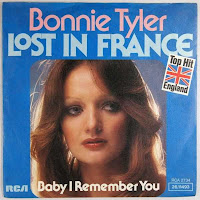 With Bonnie Tyler (born Gaynor Hopkins) the U.K. continues their path of internally selecting an artist with an impressive back catalogue of hits.
Bonnie Tylers first hit was her 2nd single Lost In France in 1976, a U.K. #9 that also scored in Germany, Sweden, Netherlands and Austria. (But not in France, where it got lost).
A few singles later It's A Heartache became her 2nd best selling hit scoring a #1 in France, Sweden and Norway and reaching the top 10 in many other countries, including a U.S. #9. 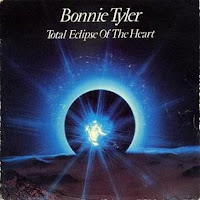 It took 4 years and 14 singles to get to 1981's Total Eclipse Of The Heart, Bonnie's biggest hit penned by Jim Steinman (of Meatloaf fame) that was a #1 at home, in the U.S., Canada, France and Norway.
Many more singles followed and several were hits in various countries. She's especially popular in Germany where she scored 22 hits.
Bonnie Tyler released over 70 singles and almost 20 albums (excluding compilations)
Other popular hits were Holding Out For A Hero (From Footloose) and A Rockin' Good Way (With Shakin' Stevens).

There's a bit on some stellar Total Eclipses here at the Eurocovers post Beam Me Up Bonnie!