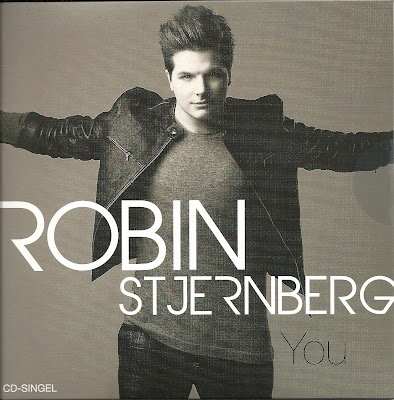 14 - 62 pts / not in semi
The home entry for the Malmö contest is You by Robin Stjernberg.
The song is written by Robin Stjernberg, Linnea Deb, Joy Deb and Joakim Harestad Haukaas.
It's the first time a song proceeding from the Andra Chansen (second chance) round in MF won the title.

You is released on cdsingle on the Lionheart label, it includes the original version and karaoke. (MLCDS -0183). The cds comes in a limited edition 7"inch sleeve.
The promo kit used in Malmö has a cdsingle features the original and acoustic versions plus a disc with videos, photos and info.

Of course the song is also available at you favorite digitessen.
An acoustic version (named Piano version) is released and is available at digital stores like iTunes.
Watch the acoustic video at Robin's Vevo. 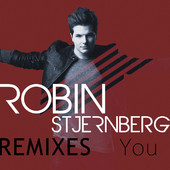 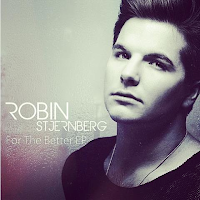 For The Better EP
You can also be found on the new digital EP For The Better, a taster release before the album.
Next to the Eurovision entry it includes last years singles Scars and On My Mind and new songs For The Better, Rule The World and Beautiful.
Release date is April 24 (Lionheart records)

Pieces CD
Update: A real new album (also on CD) will be released on June 26. It includes You and 11 other tracks. All tracks from the digital For The Better EP are included. Also includes new single Crime.
Tracklist below. (Lionheart Universal UNI-LHICD 0156)

Robin and Cascada
On November 1 Cascada released an album with acoustic tracks titled Acoustic Sessions.
It includes the acoustic version of her own entry Glorious but also a duet version of Robin's entry You.  (Zooland records)
The album is out now through Amazon, iTunes, CD expected November 2nd. 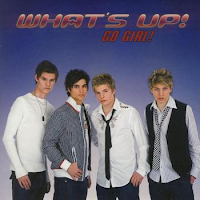 Popular What's Up
Robin Stjernberg (Robin James Olof Stjernberg) scored his first hits in Sweden with boyband What's Up. Go Girl! was a#5 in in 2007 and If I Told You To Dance #16 in 2008.
What's Up also featured Eric Saade of Popular fame.
Stjernberg went on to end 2nd in the 2011 Idols competition, losing out to Amanda Fondell.
In 2012 he released his first solo album My Versions with coverversions  including You Raise Me Up, Halo and Let Me Entertain You.
The album went to #1 in the Swedish album charts.

Songwriters
A little bit of trivia about songwriter/producer Joakim Harestad Haukaas: He was half of the duo 2U who participated in the first ever Junior Eurovision Songcontest in 2003. Their Sinnsykt Gal Forelsket ended 13th (for Norway).
Linnea and Joy Deb have (co)written and produced songs for Ulrik Munther (his 2012 MF song Soldiers), South African singer Nadine, Dutch band Chipz and Robert Wells (Belarus 2010's pianist added to the butterflyers)

The 13th MF CD
The CD with all 32 songs from the Swedish selection Melodifestivalen is planned for release on March 1 (Warner Music Sweden). 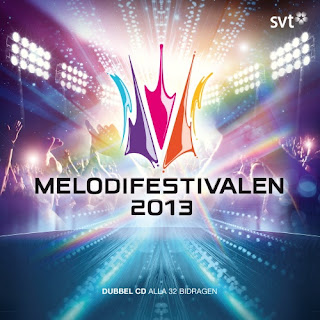 Melodifestivalen Statistics
Known to Eurovision Collectors as the mother of all preselections, Swedish Melodifestivalen is Collectors Heaven.
Since 2002 Melodifestivalen (we love to call it MF) is a 32 song multi week extravaganza and each year until a few years back almost every entry has been released on cdsingle, often including remixes or different language versions to tempt the collectors.
But times change fast and only two out of the 32 have been released on cdsingle this year (Robin Stjernberg and runner up YOHIO)

MF entries can be released as soon as any song is out of the competition. Before that the songs can't even be played (and are rigorously removed from the tubes by SVT).

It's safe to say that in Sweden Melodifestivalen is bigger than Eurovision and many of the entries reach the charts (see below) even though all songs are also released on the compilation CD too.

So Melodifestivalen is big business and it makes Lotsa Svenska Kronor, but it's good to see a good part of money going to good production of both the TV shows and the records. And the often recordbreaking televoting revenue always goes to charity, åååååh....
Here are the chart results of Melodifestivalen and Eurovision hits in the Swedish top 60 since 2002, when the 32 song MF was introduced.
In a sudden move, 2010 saw only a few entries released on cdsingle, and it showed in the number of MF hits.
Since a few years downloads are the main factor in  the Swedish charts so several Eurovision hits chart without being released on cdsingle. Some just chart one or two weeks just after the contest.