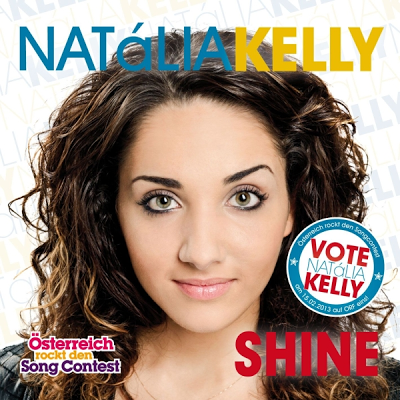 Natália Kelly will be representing Austria in the 2013 contest. Her song Shine won the Österreich rockt den Song Contest! competition.

The song is written by Andreas Grass, Nikola Paryla, Natalia Kelly and Alexander Kahr.
Alexander Kahr is also the producer of Natália's debut album, currently under construction and expected on April 12.

Shine and the instrumental version have been available through digital sources like iTunes and Amazon, but they have been replaced by the remix EP and album releases. 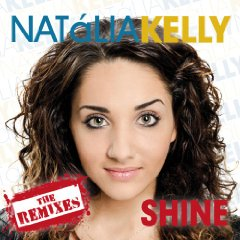 
Album
Update: Natália's album will be released this week (CD on April 26, digital release on April 12, Universal Music Austria).
The CD includes 15 tracks including Shine and a coverversion of Celine Dions 1988 Swiss Eurovision Winner Ne Partez Pas Sans Moi. The first digital release has 13 tracks (and NOT Ne Partez Pas Sans Moi). (tracklist below)
You can pre-listen to snippets of all the songs at Universals Soundcloud 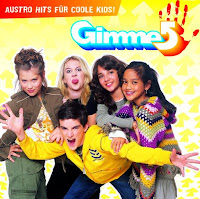 Kiddy Debut
U.S. (Connecticut) born Natália Kelly's first claim to fame was when she entered the Austrian Kiddy Contest in 2004 when she was ten years old. She ended second with a duet with Manuel Gutleb titled Shopping. The childrens songcontest has been going since 1995 and still is held every year.
She became a member of the kids group Gimme 5, who recorded kids versions of Austrian hits on their album Austro Hits Für Coole Kids.
In 2011 Natália won the Austrian edition of The Voice.

Österreich rockt den Song Contest!
You can still listen to the five songs from the Austrian final here, or watch the video's here.

One of the other entrants of Österreich rockt den Song Contest! is The Bandaloop, for their smashing coverversion of ABBA's Waterloo, please go to this Eurocovers post. (Update: The song offer has expired, the post (with fab ABBA pic) is still there)