But it was decided that the song will be performed in its Romanian version O Mie at the contest.
The Romanian lyrics are by Yuliana Scutari (only)
Less is more: O Mie translates as one thousand rather than a million.

Aliona Moon (Aliona Monteanu) was a backing vocalist for Pasha Parfeny in the Baku contest, with O Mie Pasha is her composer and the man behind the piano.

You can listen to A Million here at Pasha Parfeny's Youtube
Here is O Mie, the Romanian version of the song.


An early promo cds has both the Romanian and English versions of the song.

A 2nd promo (cdrom) in fold out sleeve, used in Malmö, has the Eurovision version and English with Eurovision arrangement plus video, photos and info.

Selection
The Moldovan selection was a new format for TRM. Songs and artists were entered seperately. 24 artists had to pick a song from 60 selected entries. (Although some have had their own song chosen).
The songs have been available at the TRM site but it seems they are gone now.

Pasha Parfeny
A Million is Pasha's fifth Moldovan selection entry. He appeared four times as a singer, the fourth time resulting in Lăutar, winning at home and ending 11th in the Baku final.
In 2007 he didn´t make it past the Moldovan national semi´s  with Steaua Mea (My star) as Pavel Parfeny.

In 2010 You Should Like did much better, he ended 2nd in the final.
In 2011 he performed Dorule and ended third.
Pasha Parfeny is a former singer of the Sunstroke Project but had already left the band when they entered Eurovision in 2010.
More on Pasha Parfeny and Lăutar here at the Baku Collection. 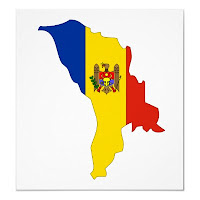