The song for Macedonia is Pred Da Se Razdeni (Пред да се раздени, Before the dawn).
The song is written by Darko Dimitrov and Lazar Cvetkovski with lyrics by Magdalena Cvetkoska - Ena. The part sung by Esma in the Roma language is written by Simeon Anatasov (Симеон Атанасов, son of Esma Redžepova, actually one of her 47 adopted children).
Pred Da Se Razdeni wasn't Macedonia's first choice, see below for more on that. 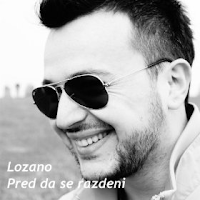 Lozano Solo
Update: Post Eurovision Lozano released solo versions of Pred Da Se Razdeni and its English version If I Could Change The World.
The Esma parts are gone and the song has a new arrangement. There's also an instrumental. Available at amazon and iTunes.

Please note that the 1-track cdsingles with the Lozano solo versions offered through Amazon and e-Bay are cd-r's made by request. Source is undisclosed, better burn one yourself and save some money.

At the contest the backing track of the English/Roma versions was used, but the song was performed in Macedonian/Roma

You can also download several versions for free at Lozano's reverbnation.

Empirija
Pred Da Se Razdeni was the second song chosen for Macedonia's Eurovision adventure.
The first song Empirija (Империја,Empire) written by Simeon Atanasov, Dejan Momiroski with lyrics by Borce Nekovski was withdrawn for a host of reasons.
Allegedly experts and the Macedonian public were not happy. Skopje 2014, The location where the clip was shot was is political hotbed and some Greeks seem to be offended too in some historic way (sigh...), and there was something about Alexander the Great too. The original video was removed from official sources but if you do a search at Youtube you can still find the original song.
After first considering just making changes to Empirija, MKRTV and Esma and Lozano opted for a new song.
The original working title for Empirija was Опсесија (Obsesija, Obsession). It was also reported at an early stage that song was to be in English but the only released version was in Macedonian. 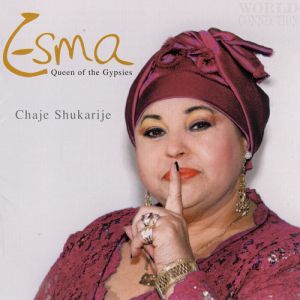 Malo Malo
Esma Redžepova Teodosievska has tried to get to Eurovision before.
In 1971 her song Malo Malo (Little by little) was entered for the Yugoslavian final by TV Beograd (Serbian TV) and ended 3rd.

In 2006 Ljubov E (Love is), a duet with Adrian Gaxha ended 2nd in the Macedonian final. Gaxha himself entered for Macedonia in 2008 with a bunch of other people. 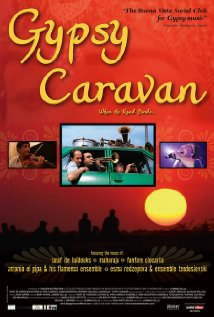 When The Road Bends
The 2007 movie When The Road Bends - Tales Of A Gypsy Caravan, features Esma and the Teodosievski Ensemble feature along with Gypsy ensembles from Romania, India and Spain. They are followed on their U.S. tour. The movie gives an fascinating insight of the Gypsy culture and the important role of music in their life.
When The Road Bends website.

Vlatko Lozanoski also tried in the Macedonian selection. In 2009 Blisku Do Mene (Close to me) ended 4th and in 2010 Letam Kon Tebe (Only with you) did the same.