9 - 114 pts / 6 - 75 pts in semi 1.
Tros announced early that Anouk will represent the Netherlands at the 2013 Malmö Songcontest.
The song is titled Birds (it was first announced as Birds Falling Down., but it's Birds)
Birds is written by Anouk, Tore Johansson and Martin Gjerstad.

Presentation of the song was on March 11 in various radio shows.
Listen to the song at AnoukTV (Youtube)
Anouk premiered a bit of the Eurovision song at a live charity event on 24-2. Watch here.

releases:
A cdsingle is out now, it includes Birds and another track from the Singalong album: Stardust. (Goldilox/Universal 602537355853)
Two promo issues have two discs. The first disc 1 track (Birds) and a second disc has info, lyrics and pictures. One has the tracklist and details in Dutch, the other in English. 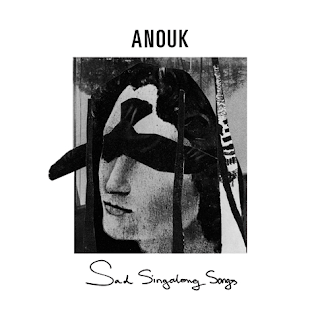 Birds and Anouks Sad Singalong Songs album are produced by Tore Johansson who worked with Anouk before on her For Bitter Or Worse album and her #1 hit Three Days In A Row.
It's her 12th album* and it was released on her new own recordlabel Goldilox on the day before the Eurovision final.
Tore Johansson and Martin Gjerstad also worked with The Cardigans, Tom Jones, Sophie Ellis Bextor, A-Ha, Franz Ferdinand and many others. 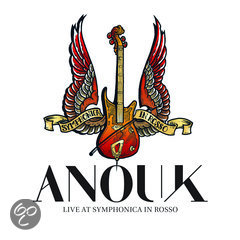 Live Birds
Update 2014: Anouk releases a live 2CD Live At Symphonica In Rosso om March. The album features recordings from her Symphonica In Rosso Concerts with Guido's Orchestra.
Birds is there, as are many of her other hits like Nobody's Wife, Lost, Three Days In A Row, Modern World, etcetera
(Universal 0602537622252)

versions:
Birds - Eurovision version
- on official Malmö 2CD
Birds - Single version / album version
- cdsingle, the release has a longer intro and about 20 seconds of clock ticking at the end.
Birds - karaoke
- on the official karaoke collection (digital release)
Birds - Live with Guido's Orchestra
- on 2CD  Live At Symphonica In Rosso 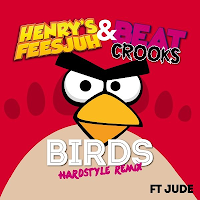 Coverversion
A coverversion was made by Henry's Feesjuh and Beat Crooks ft Jude. Birds - Hardstyle Remix was released through Yellowcab records in April (digital) and is available at Zazell, MegaMedia and possibly other sources.
Listen at Beat Crooks Youtube.

NL/BE chart rivalry
Birds enters the Belgian Flemish charts at #12, which would not seem unusual given the recent trackrecord of NL-BE neighbourly voting, but the last time a Dutch entry scored a minor hit in Belgium was in 1988 (Gerard Joling # 15) before that you'll have to go back to 1976 (Sandra Reemer # 10 hit). Ding A Dong by Teach In scored a #2 hit in 1975.
It probably helps that the Belgians already know Anouk, Birds is her 15th hit. , The other way round is even worse. Only the 1986 winner J'Aime La Vie (Sandra Kim) and 1991's Geef Het Op by the already popular hugely Clouseau scored a top 40 hit in the Netherlands.
Update: Love Kills, the Belgian 2013 entry enters the Dutch sales top 100 at 71. 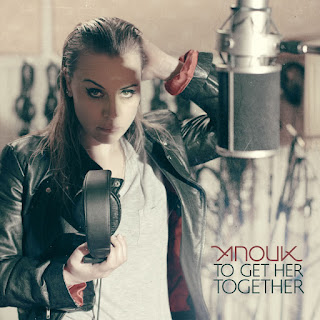 Anouk (Anouk Teeuwe) has been a popular singer in the Netherlands (and to a certain extent, Belgium) ever since her first hit, scoring about 30 chart hits with 12 going top 10.
Her first and until now only #1 was Three Days In A Row from 2009.

Internationally Anouk is probably best known for her hit Nobody's Wife from 1997 which was a top 10 hit in Belgium, Sweden, France, Finland, Denmark and Norway and also charted in France and Germany..
Her 2004 song Lost was a #2 hit in Norway in 2008 and a #3 hit in Denmark early 2012 after another singer performed it in a talent show.

Anouks most recent album is To Get Her Together from 2011, the title being a wordplay on her debut album Together Alone.
* She released nine studio albums, two live albums and Lost Tracks, a CD/DVD compilation of previously unreleased material, radio recording and videoclips. Several albums have been re-released with bonus material and/or extra discs. 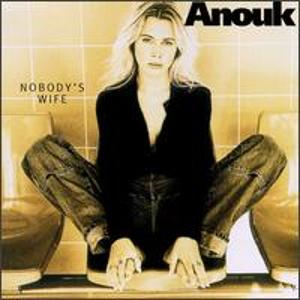 Posted by Eurocovers No comments: