Last years Eurovision hosts Azerbaijan is represented by the winner of the many-week Milli Seçim Turu casting competition which already started in december.

The winner is Farid Mammadov (Fərid Məmmədov) with the song Hold Me written by Dimitrios Kontopoulos with lyrics by John Ballard and Ralph Charlie.

Hold Me is available through digital sources, also as karraoke.

Four remixes and a Turkish version Dönsen (Get back) can now be heard through Farid's Soundcloud.
Listen here (download function has been disabled now for most versions)

All versions have also been released through digital stores.

Promo info, more details wanted.
A DVD in cardsleeve has four versions of Hold Me (as mp3's) plus video from the national final, photos and info. It appears to come in different sleeves.
- Hold Me - original
- Hold Me - Alex Matthew remix
- Hold Me - DJ Sukhoj official remix
- Hold Me - Babaeff Dark remix
The same DVD in a calender style press folder has been issued as well.
First promo disc has one version plus info and photos.
A cd-r issued by Spectre has two tracks, details wanted.
Another promo item is a USB stick in a tin. It includes the same content as the above DVD.
Made by Euromedia company.

Amazon offers a cdsingle for sale, but it is in fact a cd-r made on request. I don't know the source. 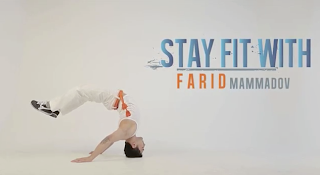 Fit With Farid
To kill the time until Eurovision, you can do some exercising with Farids Capoeira videos he's uploading to his Youtube channel.
quote: "Be the first to tell your friends, Hey, I'm working out with Farid every day!" 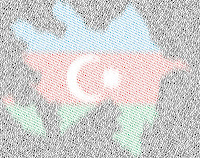