The Official album with all entries 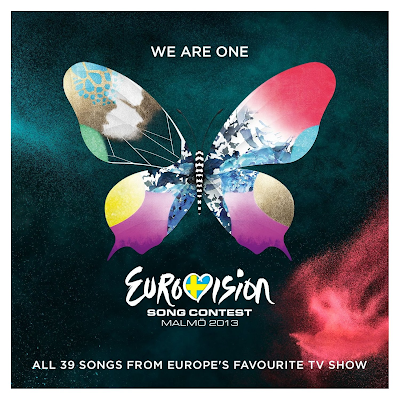 Since the Stockholm contest of 2000 all entries are available on an official CD release and 2013 continues this tradition.
All 39 entries will be available on a 2CD from April 26, out on Polystar - Universal. Date for various territories may vary.

The digital release is of the album is out now. It's available at most regular digital outlets and also through Eurovision.tv.
The collection with 39 karaoke versions is also available but will not be released on CD.

A digital release bonus version on iTunes includes the Björn, Benny Avicii track We Write The Story. The track was performed during the opening of the final. It's also available as a single track.
Sarah Dawn Finers (a.k.a Lynda Woodruff) version of The Winner Takes It All, performed during the interval is also released as a digital single.

Update: The DVD is out now. It has three discs with the final and both semi's, and includes some bonus backstage material.