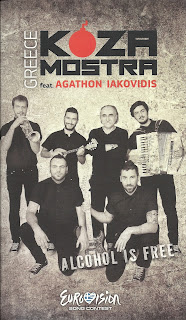 Alcohol is free by Koza Mostra feat. Agathonas Iakovides is the Greek entry for Malmö.
The single track has been released on Amazon digital and iTunes and also issued on a 1-track promo.
For Malmö the 1-track promo comes ia a large fold out sleeve also including a Greece promotional disc. 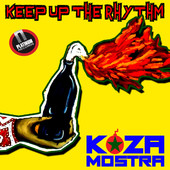 The Album
Koza Mostra have released their new album including two versions of Alcohol Is Free. There's a radio edit and and the so called original version which clocks in at 6:17.
There are 7 other songs.
The album is titled Keep Up The Rhythm and is released through Platinum records. It's available through the regular digital sources
You can listen to the long version at the Platinum records Youtube.
No details on CD release yet.

National Final
MadTV uploaded the 4 songs for the Greek national final, Eurosong 2013,  to their Youtube channel. 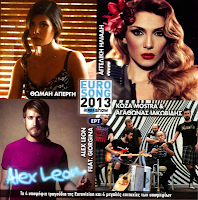 Panik records and Platinum records have issued a promo CD with all four tracks plus one more song from each act. (Panik Entertainment promo PAN 0008)

links and sources
ERT Eurovision pages
Koza Mostra FB
Special thanks to Zeta Pasparaki at ERT.
Thanks to Jean-François