PeR (Please Explain the Rhythm) won Dziesma 2013 with Here We Go, one of two songs they had in the latvian final.
Here We Go is written by Ralfs Eilands and Arturas Burke.

Here We Go was already #1 in various Latvian charts before the final.

Originally starting out as a threepiece in 2007, currently PeR are Ralfs Eilands and Edmunds Rasmanis.

Here We Go and the other PeR Dziesma song Sad Trumpet are both already released on the album PeR, out since november '12. (see versions)
The album also includes 2012 song Disco Superfly. 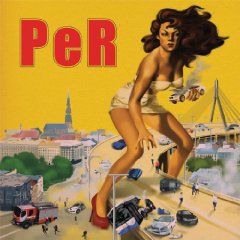 The album also includes several songs they wrote and recorded with the late Mārtiņš Freimanis.
The digital release is available at Amazon, a CD version was used for promotion in Malmö.

Russian version
A video of a version in Russian and English was already uploaded in februari. It features both PeR guys plus rappers Vsego Lish' 2 Parnya (Only 2 men). Don't know if the track is available through any other source.


Dziesma 2013
Latvian TV LTV have uploaded the 20 semi finalists for the 2013 selection.
After keeping the performers undisclosed for six weeks, they have now been announced.
You can listen to the songs and find all the details here at LTV

Listen here to all the songs