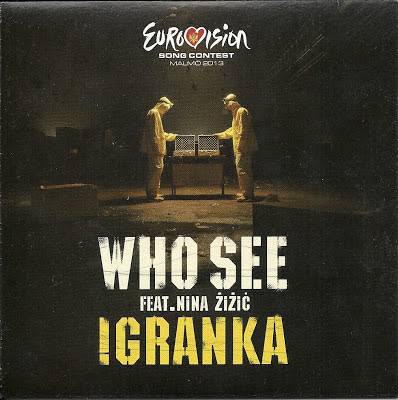 Rap duo Who See represented Montenegro in the 2013 Eurovision Song Contest. They were joined by singer Nina Žižić.
The song written by Wikluh Sky (Serbian producer/rapper Đorđe Miljenović) with Who See is titled Igranka.(Dance)

Pobjeda newspaper, one of the sponsors of Who See's Eurovision adventure, have included a promo CD of Igranka including the song and the video with their april 30 issue. (top picture)
The promo used in Malmö comes in a similar sleeve but it doesn't mention Nina Žižić on sleeve or disc (pic below).
Both have the same label numbers PAM CG CD 031, made by MACG / City Records. 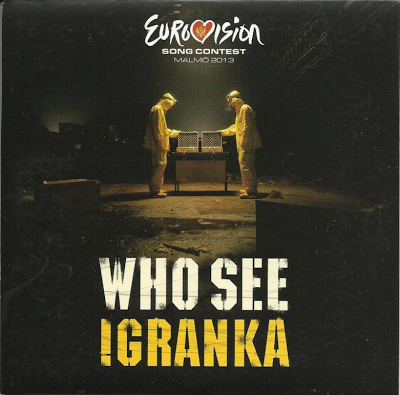 
The song, premiered on March 14, can be watched here at RTCG.
You can download the song for free (wave file) at the Who See Facebook (16-3 message).


Who See are Dejan Dedović (Dedduh) and Mario Đorđević (Noyz) who have been working together since 2000. They released their debut album Sviranje Kupcu in 2007 under the name Who See? Klapa. Their second album Krš I Drača is from 2012.
They scored a radiohit in 2012 with Reggaeton Montenegro (ft Rhino).