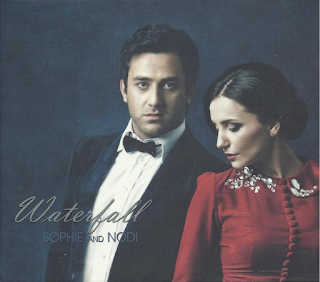 On Januari 10 it was announced that the Georgian entry will be a song written by Swedish composer Thomas G:Son. On februari 5 the title was revealed: Waterfall.
The song was presented on Februari 27 in Our Morning (TV show). Watch and listen here at Eurovision Georgia,
Here you can watch the whole TV show with the song at around the 12 minute mark.
The lyrics are here at Eurovision Georgia 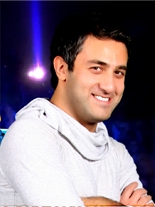 G:Son wrote last years winner Euphoria and a lot of other Eurovision songs, read all about them at the Euphoria page at the Baku Collection.
G:Son wrote Waterfall with Erik Bernholm who we know from In A Moment Like This (Denmark 2010) and Quedate Conmigo (Spain 2012)
Bernholm also produced Runaway, Sahlene's Estonian entry from 2003. 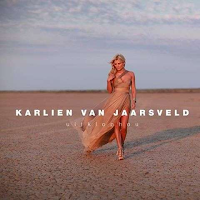 Sopho's Hall Of Fame.
The duo will be the 6th Eurovision entrants for the country and the 7th that were selected to sing for Georgia (the 2009 entry was withdrawn). If you count Ǝldrine's lead singer Sopho Toroshelidze it's the 4th time Georgia sends a Sopho, which is remarkable. 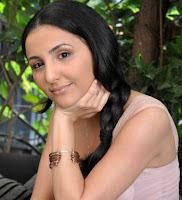 Sopho Khalvashi's Visionary Dream, Georgia's debut entry, ended 12th in Helsinki.
Sophia Nizharadze (who is actually called Sopho, really) ended 9th in 2010 and Ǝldrine, with their new lead Sopho also ended 9th. Ǝldrine actually had a different singer (Taka Vadachkoria) in the National Final, but she wasn't named Sopho, so she had to go.